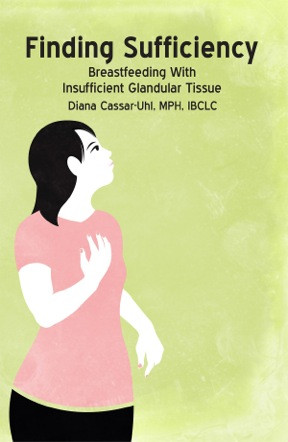 Breastfeeding difficulty due to insufficient glandular tissue is something many mothers struggle with. Because this condition is still largely under-researched and misunderstood by practitioners who work with mothers during the perinatal period, women who experience breastfeeding problems due to insufficient glandular development also struggle to find support, both clinical and emotional, in dealing with them. This book aims to inform and support the efforts of breastfeeding mothers with low milk production due to insufficient glandular tissue, from both a scientific standpoint and an emotional one, covering the unique decisions and feelings that may be faced by someone who fully intended to breastfeed but felt betrayed by her body. The book also provides guidance for practitioners who seek to understand this condition and support their patients/clients who are dealing with it.

Diana Cassar-Uhl is a fifth-year Maternal and Child Health doctoral student from the Mid-Hudson Valley of New York. She graduated from the Ithaca College School of Music with a Bachelor of Music in Clarinet Performance, and earned her Master of Public Health in Behavioral Science and Health Promotion from New York Medical College. Diana spent 17 years on active duty as a professional clarinetist in the U.S. Army.  She is a board-certified lactation consultant (IBCLC) and has supported breastfeeding families and the healthcare professionals and volunteers who serve them since 2005. She also worked for a year as a health communications fellow at the U.S. Department of Health and Human Services. Diana is interested in studying the physiology of mothers and babies as they relate to lactation and breastfeeding outcomes. In her free time, Diana enjoys exploring Washington DC, eating out, traveling, and spending time with her husband and three children.