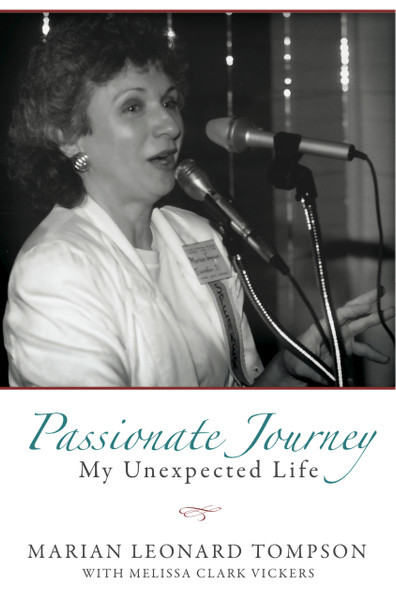 SKU:
Books_PJMUL
Bulk Pricing:
Buy in bulk and save

What does it take to change established childbirth practices, hospital procedures, infant nutrition standards, and cultural norms that work against the best interests of mothers and their babies? It takes a woman who is passionate about all of those things, and who unknowingly took the first steps of a journey that would ultimately lead to the founding of La Leche League International and a life devoted to speaking up and speaking out for mothers and babies around the world.

Marian Tompson, mother, grandmother and great grandmother is best known as one of the founders of La Leche League International as well as an internationally renowned author, speaker and tireless advocate for breastfeeding mothers and their babies. In 2001, she founded a second organization, AnotherLook, the only organization of its kind designed to foster research and discussion about HIV and AIDS as they relate to breastfeeding. She has been an inspiring and motivating speaker in more than 30 countries, touching the lives of mothers and babies throughout the world.

Somebody Stole My Iron: A Family Memoir of Dementia

The Real Guide to Life as a Couple by Dr. Stephanie Azri

Midlife Mindset: A Modern Woman’s Guide to Weathering and Prospering Through the Stuff of Midlife and Beyond by Olga Tolscik

Birth After Caesarean: Your Journey to a Better Birth by Hazel Keedle

Oxytocin The Biological Guide to Motherhood

Seven Sisters for Seven Days: The Mothers' Manual for Community Based Postpartum Care

Perspectives In Lactation - Is Private Practice For Me?

Working and Breastfeeding Made Simple

The Early Weeks of Breastfeeding