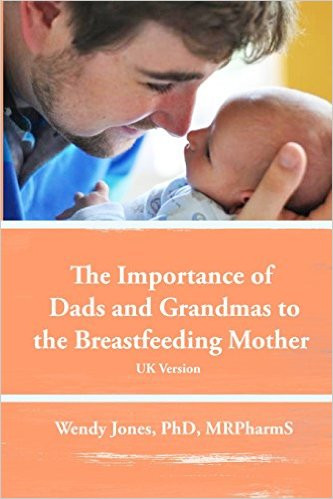 The Importance of Dads and Grandmas to the Breastfeeding Mother: UK version

Wendy Jones has been supporting breastfeeding families since 1987, and is now a grandmother of four breastfed children. Following the birth of first grandson, she looked for information that would help her support her daughter. Coming from that new perspective, she learned even more about breastfeeding than she had as a breastfeeding mother.  Her goal is to show how partners and grandmothers can help the women in their lives who have just given birth.

This book began as a tribute Wendy Jones’ son-in-law, who died at the age 35, 3 months after becoming a new father.  It has developed into a tool that will support other new families. The Importance of Dads and Grandmas to the Breastfeeding Mother is dedicated to his memory.